SANRAL intervened and as a result, lives have been saved and traffic congestion has been eased at the R71 Interchange near Moria, Limpopo. It had many challenges, such as constant congestion resulting from a clogged-up two-lane road running from Polokwane to Tzaneen, and consequently, a single lane for traffic coming from the opposite direction. This traffic jam would reach a peak over Easter time when millions of pilgrims use this section of the road to access Moria, their central place of worship.

This would be coupled with a host of unavoidable road safety risks, as cars wanting to make a right turn from the intersection into Moria would do so at their own risk – without a guidance system or traffic control measures. To make it worse, road users would have to be vigilant of thousands of pedestrians alighting minibus taxis, a factor which has contributed to the growing number of pedestrian fatalities.

But this was back in 2014, and the situation has improved dramatically since then, after SANRAL undertook to upgrade the road. 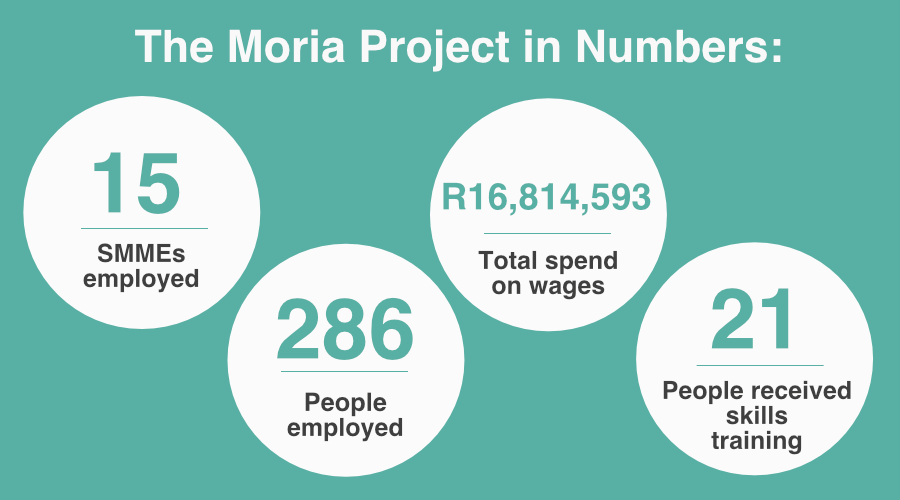