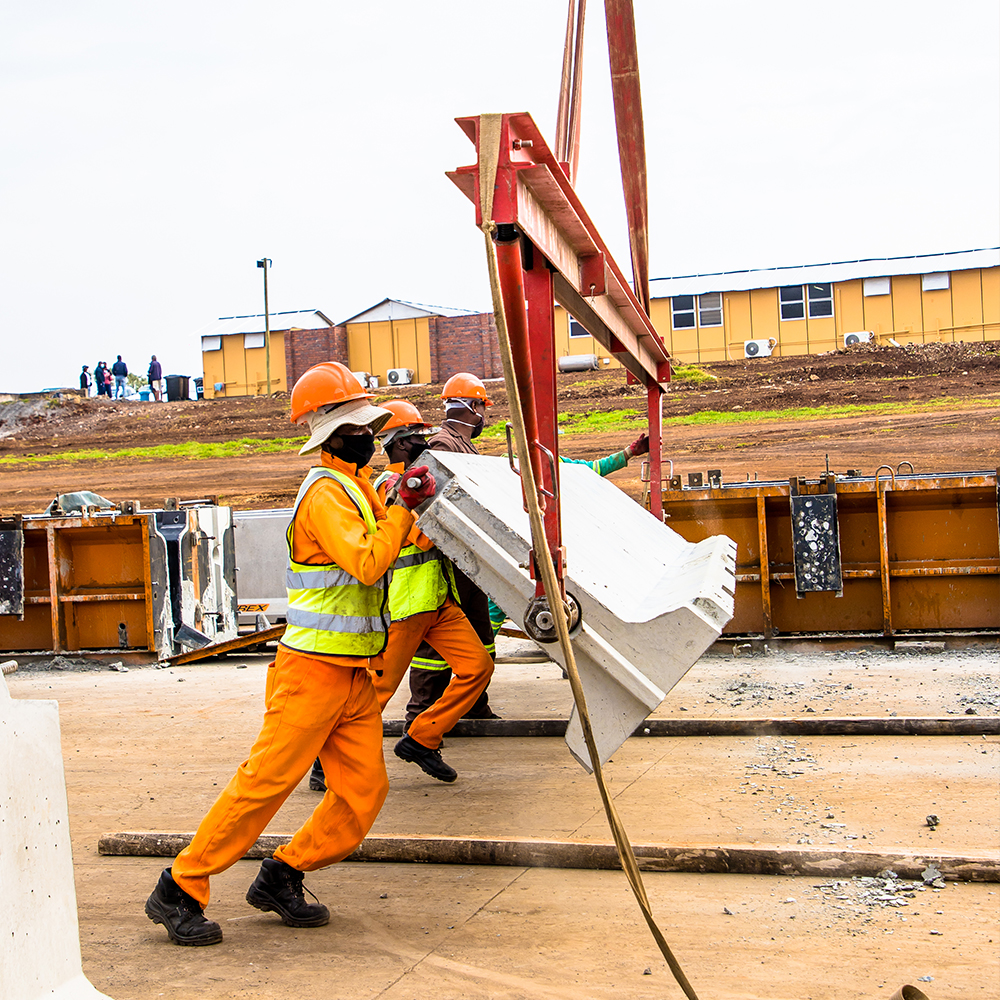 Construction of the R563.50 million Kokstad Interchange, which includes the construction of a new Traffic Control Centre to house Kokstad-based members of the Road Traffic Inspectorate, is well under way. At least R169 million of the value of the work will be subcontracted to small, medium and micro enterprises (SMMEs), while just over R45 million will be spent on local labour.

The Kokstad Interchange is located along the R56 provincial route, from the existing intersection with the N2 to Kokstad town centre, a section of approximately 2km. The project is in the Harry Gwala Municipality and Greater Kokstad Local Municipality in KwaZulu-Natal.

“The upgrade will separate the N2 and the R56 and increase capacity, while significantly improving the level of service for the next 30 years,” said SANRAL’s Eastern Region Project Manager Mohamed Parak.

This project involves construction of a new interchange on the N2, section 21 (km 6.4) to replace the existing intersection of the N2 with the R56. The proposed interchange comprises a new three-span bridge which will carry traffic on the R56 over the N2 towards Kokstad or south towards Mthatha.

This project also includes widening an existing river bridge on the N2, extension of two existing box culverts, and construction of five new box culverts and a new agricultural underpass. It also involves realignment and upgrade of approximately 2km of the R56 towards Kokstad town centre. A new service road parallel to the R56 for approximately 1.4km will be constructed to serve existing businesses that access the R56 directly.

“In addition, the KwaZulu-Natal Department of Transport has partnered with SANRAL to include the construction of a new Traffic Control Centre as part of this project, to house Kokstad-based members of the Provincial Road Traffic Inspectorate and to have a facility to monitor and enforce overload control,” added Parak.

Works related to the Traffic Control Centre and the R56 beyond the SANRAL road reserve are funded by the KwaZulu-Natal Department of Transport through a signed Memorandum of Agreement.