SANRAL does not only take on massive construction projects like national roads and tolling plazas. We are also happy to be involved in smaller projects – but which have huge advantages for local people, such as in Madidi which is in the Madibeng Local Municipality.

Some time ago, a local ward councillor approached SANRAL for assistance to upgrade a 6km stretch of gravel road, which is Madidi’s main entry and exit route. The road had deteriorated to such an extent that taxis, buses and delivery vehicles refused to use it, forcing residents to walk long distances in order to leave or enter the area.

SANRAL decided to assist as part of its policy to support job creation and community development.

It reached an agreement with the North-West province to re-lay the road with an asphalt surface at a cost of R30 million, with the province and SANRAL each contributing R15 million.

The project created jobs for two years and the local economy was boosted. Public transport improved significantly and new taxis were purchased, car wash businesses were opened and other businesses began to thrive. Above all, contractors in the area were empowered with road construction skills.

The new road brought significant benefits to the community: 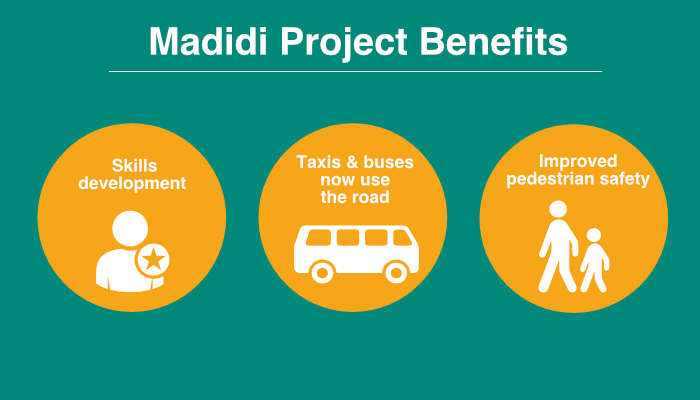