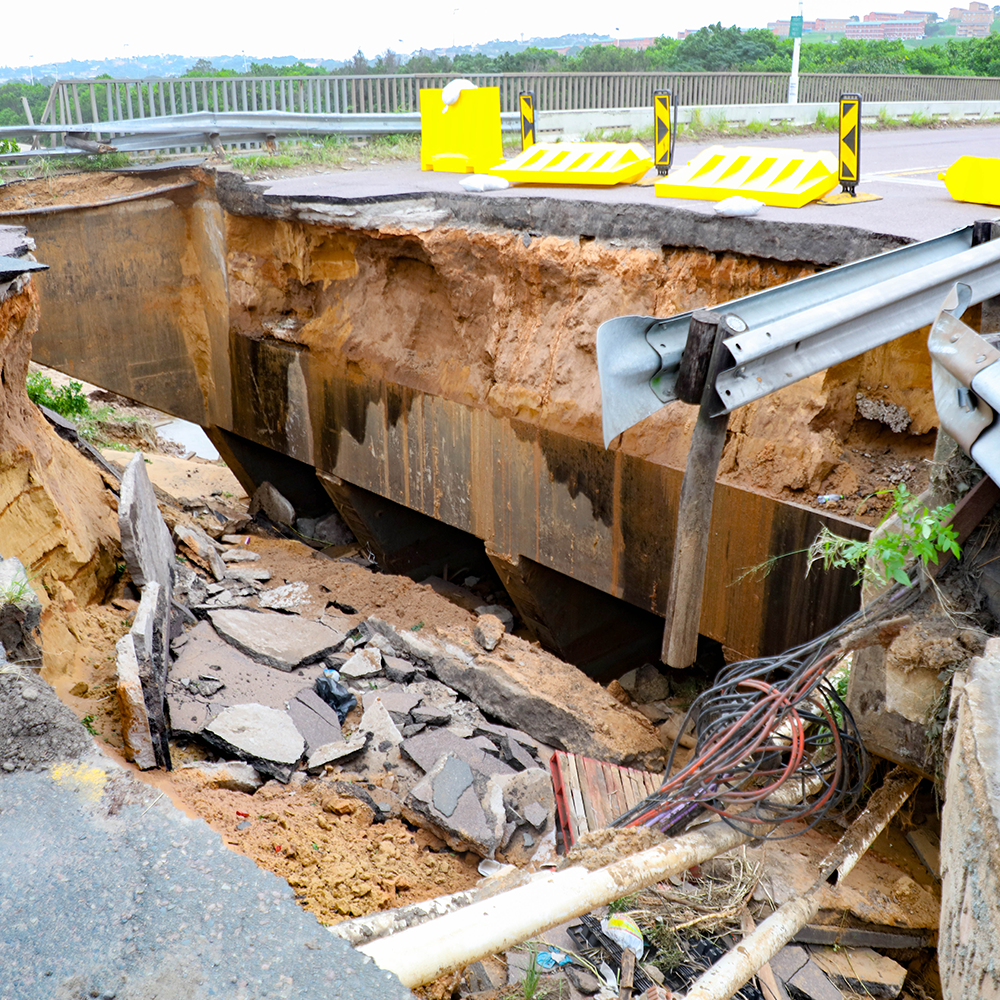 After the torrential rains and flooding that swept through KwaZulu-Natal (KZN) in April, leading to President Cyril Ramaphosa declaring a national state of disaster in the province, Transport Minister Fikile Mbalula tasked SANRAL to be the lead agency in rebuilding the road infrastructure, starting with an immediate focus on the N2 and N3 freeways.

SANRAL has allocated R3.1 billion to infrastructure repair projects, with KZN reprioritising its budget to reroute R2.6 billion to the repairs. Assessment by SANRAL engineers and representatives of the KZN Department of Transport enabled repairs to be prioritised where communities were completely cut off or forced to use the national roads and incur costs.

A section of the N2 was closed, and a temporary lane was constructed to get the northbound carriageway reopened and also to get contractors onto site to start reconstruction. “For areas that were badly affected and that require extensive work, this will be undertaken via emergency procurement. The procurement will prioritise the use of black suppliers and service providers in SANRAL’s quest for transformation in the construction industry,” said SANRAL’s Eastern Region Manager Dumisani Nkabinde. 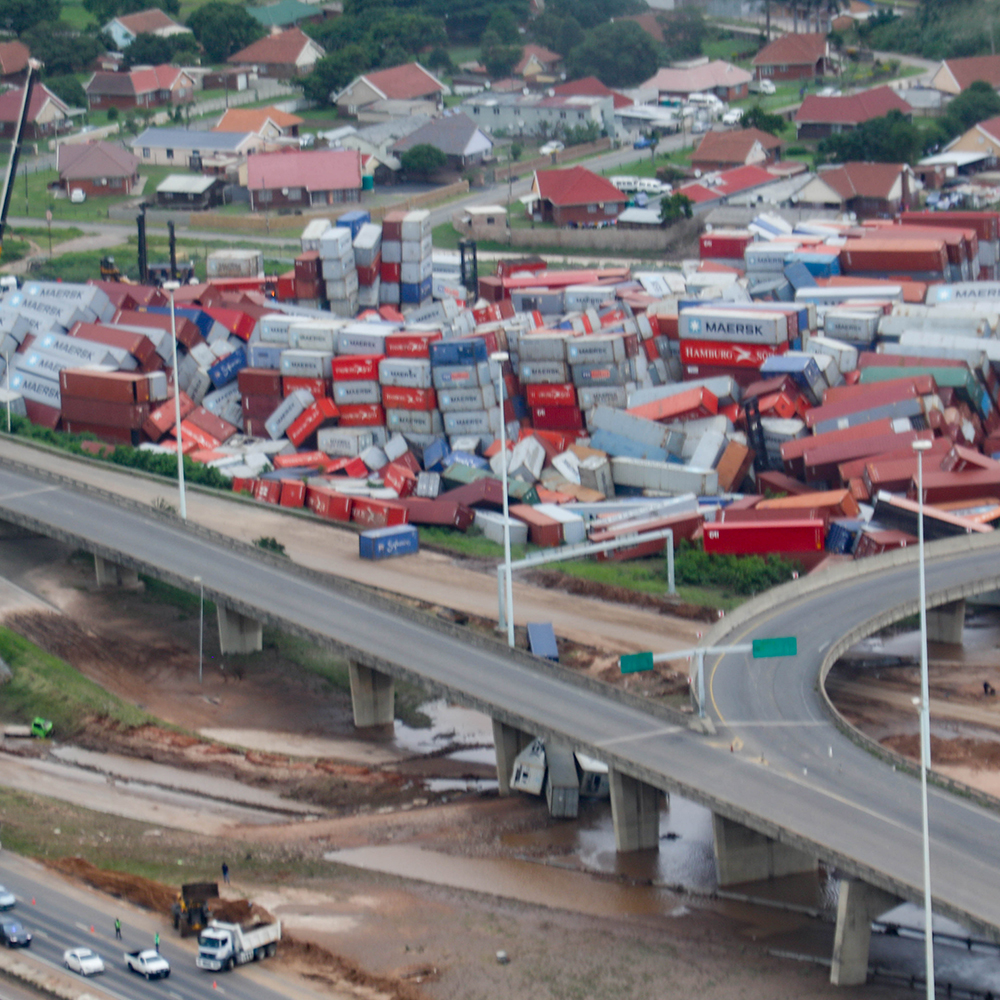 Mbalula warned that repairs would not translate into immediate reopening of roads or railway lines, because the level of damage requires construction and rehabilitation that may take months to complete. SANRAL is doing everything in its power to expedite matters – but in some cases repair will take a month, while in others it could take six months or longer from the date of award to the contractor.

SANRAL’s Board made a resolution to suspend payment of toll fees at the oThongathi and Mvoti Plazas on the N2 toll route, at an estimated cost of R400 million over 18 months, to assist communities affected by closure of alternative routes damaged by the floods.