How important this support is, is typified by the responses of some of the recipients.

Sanchia Pillay, a graduate design engineer, completed her degree in 2013 and has since been employed by SANRAL. She has gained vast knowledge and experience working on different projects with consulting engineers, also known as design officers, which have many divisions that perform a variety of functions.

“Working for SANRAL has been a great learning curve thus far.”

Kerisha Govender, a graduate construction engineer said the SANRAL bursary had relieved her family of a major financial burden.

“After graduating, SANRAL placed me with SMEC consulting engineers which opened a door of opportunities for me.”

Top achieving scholar Nikai Jagganath from Durban Girls High School was awarded a SANRAL scholarship in Grade 12 and has already been accepted by the University of Cape Town to study engineering in 2016. 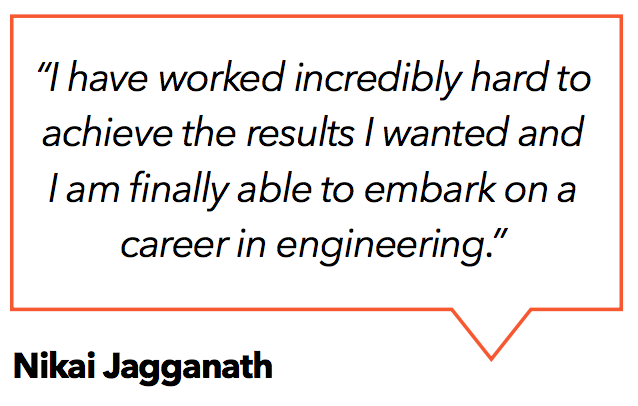 Second year civil engineering student from the University of KwaZulu-Natal and SANRAL bursary recipient, Jernelle Mariemoothoo said she is most grateful for the opportunity afforded to her by SANRAL.

“Being a SANRAL bursar means the world to me. It has eased the financial burden and given me a chance to fully concentrate on my studies.”

Angel Nxumalo, 25, from Nkandla believes she would not be where she is today had it not been for SANRAL. The third-year civil engineering bursary recipient is the first resident in her rural community to have received academic sponsorship to further her studies.

Lwanda Sigayi from Umtata in the Eastern Cape, also a third- year civil engineering bursary recipient at the University of KwaZulu-Natal, is another grateful recipient whose dreams were enabled by SANRAL.