The N7 between Citrusdal and Clanwilliam is one of the most picturesque roads in South Africa, winding its way along mountainous terrain at the edge of the Cederberg wilderness area.

The road is not only important from a tourist point of view but forms a vital transport link between the Western Cape, the Northern Cape and South Africa’s northern neighbour, Namibia.

The increase in the volume of heavy vehicle traffic on the N7 as well as the age of the road necessitated the upgrade.

The stretch of road running between the Cederberg/Algeria T-junction and Kransvleikloof over a distance of about 20km is being upgraded. Work on the project started in August 2013 and is expected to be completed in the first quarter of 2016.

Renaldo Lorio, Project Manager, says the project entails the improvement of the existing road by re- aligning and widening the cross-section of the road surface and the provision of climbing lanes on steep sections. “It is designed in such a way as to carry traffic safely for at least the next 20 years.”

Part of the project includes the construction of seven major culverts and a new bridge over the Kransvlei River to replace the current narrow bridge. The new bridge deck will accommodate three
lanes with surfaced shoulders and provide for a right-turn lane on the approach to the Paleisheuwel intersection, adjacent to the bridge. 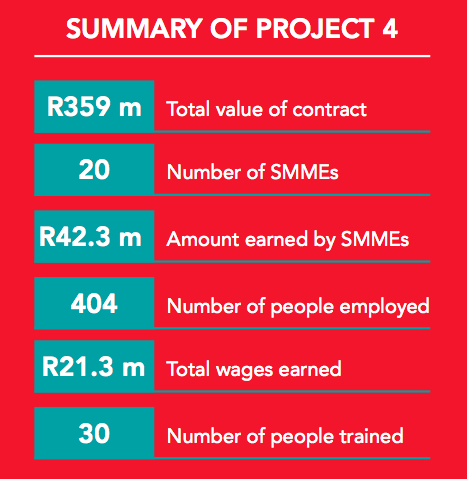