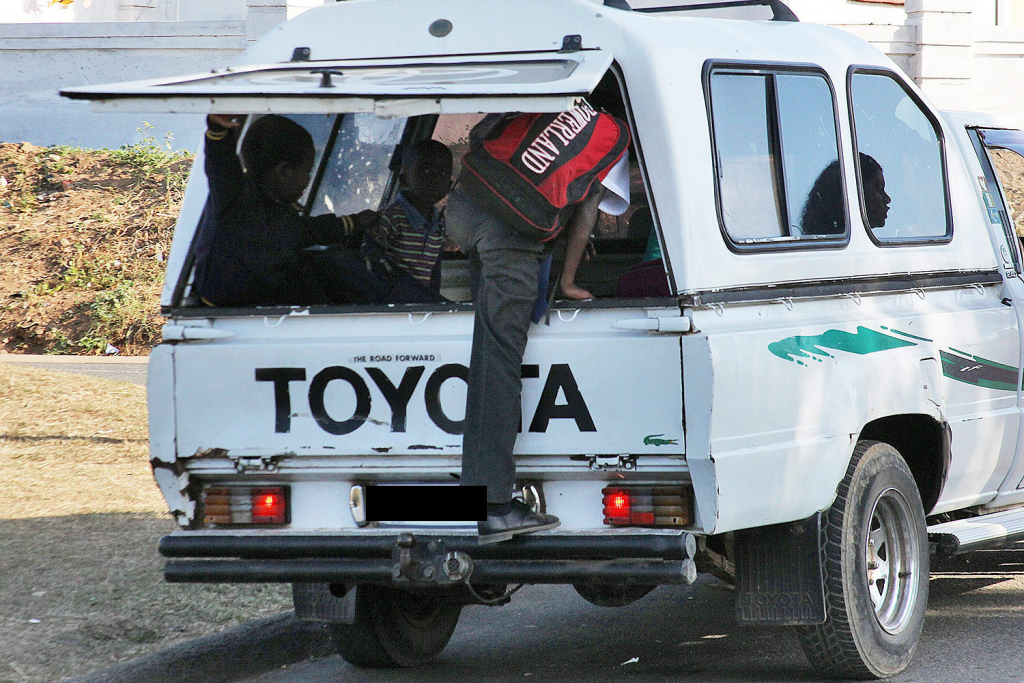 New road laws for South Africa will prohibit the transportation of school children carried within the load-bay of a bakkie and introduce new speed regulations for heavy goods vehicles.

Government has published two amendments to the National Road Traffic Regulations in its National Gazette (No. 40420).

According to Arrive Alive: “It appears that what has been closed was that the private operators using bakkies as a form of transport for scholars should end as scholars may not be transported “for reward” (i.e a paid service). It is not a total ban on scholars being transported on a bakkie but will force these ‘scholar transporter’ to use safer vehicles for such purposes.

“These vehicles were also often part of the hazardous practice of the overloading of bakkies with young learners. The stipulation with regards to speed governors are also aimed at those operating public transport and heavy goods vehicles and might assist towards greater safety of our commuters on buses and minibus taxis.”

According to the transport department:

Please note the Department of Transport has published the 24th amendment to the National Road Traffic Regulations in Gazette No. 40420 of 11 November 2016.

Note the provisions on speed governors that will come into force on 1 December 2016 (Regulation 215, as published in the government gazette 38142 https://www.westerncape.gov.za/assets/departments/transport-public-works/Documents/nrta_am_national_road_traffic_regs_nov_14.pdf on 31 Oct 2014).

Regulation 215.  (1)  No person shall operate on a public road a motor vehicle which is designed for or capable of reaching a speed of 60km per hour or more on a reasonably level road, unless such vehicle is equipped with a speedometer which is in a good working order.

(1A)   No person shall operate a – minibus; midibus; bus, or goods vehicle the gross vehicle mass of which exceeds 3500kg, first registered after 1 December 2016, unless such minibus, midibus, bus or goods vehicle is fitted with a speed governor, restricting the speed of such motor vehicle to the speed limits as contemplated in regulation 293.

Expanding on the laws

If it is meant that the provisions contemplated in regulation 250 (paragraph 2 of that notice) as is contemplated in that gazette shall come into force six months after the publication of the gazette in question, then this means that with effect from May 12, 2017 the transportation of schoolchildren for reward in the goods compartment of bakkies or trucks will be unlawful, regardless of whether such person possesses a permit issued in terms of the National Land Transport Act, 2009 (Act 5 of 2009) to do so or not.

Subsection (2) of regulation 250 however prohibits any person from conveying persons (children and adults) in the goods compartment of a bakkie or truck for reward unless they possess a permit issued in terms of the National Land Transport Act, 2009 (Act 5 of 2009).

Neither of these provisions forbids the conveyance of persons in the goods compartment of a bakkie or truck, regardless of whether they are children or not, if they are conveyed without any charge being levied for that conveyance.

The amendments with respect to regulation 250 of the National Road Traffic Regulations are actually less restrictive than the existing Regulation 250 which states that “No person shall on a public road carry any person for reward in the goods compartment of a motor vehicle”.

School kids can and must walk unless a benevolent parent transports them to and from school in the back of his or her 4×4 bakkie at no charge to other parents. This will be with effect from May 12, 2017.

Because there is no commencement date contemplated for regulations 293(1)(b)(iv)(aa) and (bb), there is no indication when these specific vehicle class speed limits will come into effect, not that minibus taxis and buses obey this limit in any case.