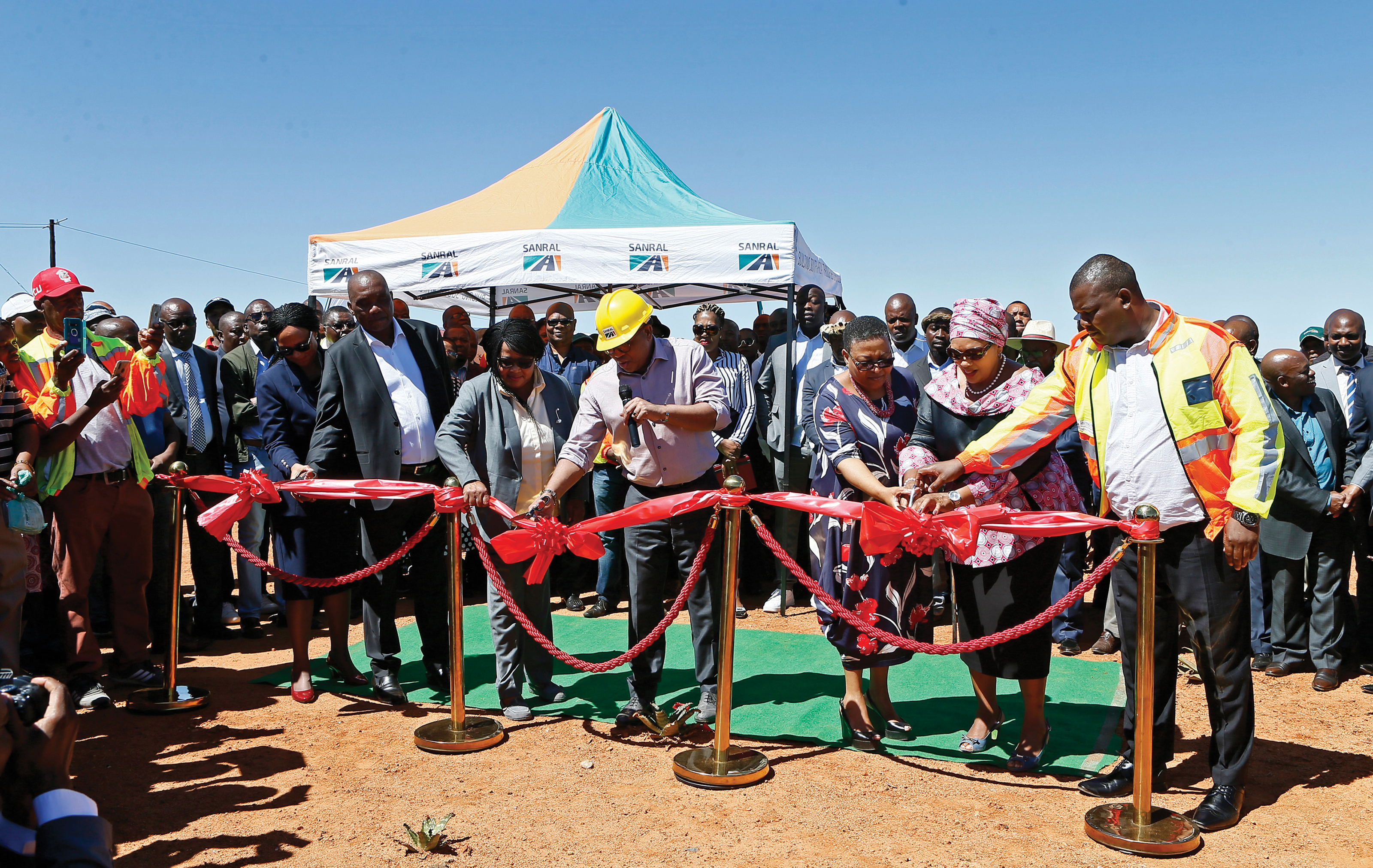 Its official, the Gauteng portion of Moloto Road is now part of the  South African National Roads Agency (SANRAL) road network, which means that all 162 km of the R573, traversing three provinces – Limpopo, Mpumalanga and Gauteng – is now a national road. Minister of Transport Fikile Mbalula said government had listened to the pleas of local communities and road users and responded by transferring the road to SANRAL and allocating more resources for its upgrade. Government has allocated almost R4.5bn to this project over the next 5 years.

The Mpumalanga and Limpopo sections of Moloto Road were incorporated into the SANRAL network in July 2015 and construction of the first phase of those sections is nearly complete, Mbalula said. The scope of work for the first phase included construction of four traffic circles, three in Mpumalanga and one in Limpopo. Other phases in Limpopo and Mpumalanga are currently either at design stage or had just started prior to lockdown.

Benefits of the upgrades include reduced travel time between destinations, and improved safety through state-of-the-art traffic management features. The upgrades link seamlessly with broader transport plans and the Moloto Development Corridor Initiative, attracting new investments and broadening the economic base of the surrounding districts.

“When we build new or upgrade existing roads, we are always mindful of the economic impact. We have no doubt that Moloto Road will draw more economic activity into the area, enable small farmers to bring their produce to markets, be a route for tourists who want to visit game reserves and natural attractions and facilitate the movement of people, products and services,” the Minister said. He emphasised that upgrading a road must bring tangible economic benefits to the communities who live alongside that road. “Development must reach our people regardless of who they are and where they are,” the minister said. “People cannot simply be spectators when infrastructure development is being rolled out in their communities and not benefit therefrom. It is for this very reason that local procurement and participation are part of government’s policies aimed at empowering the historically disadvantaged.”

About 12 500 job opportunities are expected over the course of the project which is scheduled for completion over the next five years. SANRAL CEO Skhumbuzo Macozoma emphasised the inclusion of youth and women-owned businesses, in line with SANRAL’s Transformation Policy, as well as SANRAL’s commitment to the delivery of safe road infrastructure across the country. The event was also attended by Deputy Minister of Transport, Premier of Mpumalanga, MEC for Public Works Roads and Transport in Mpumalanga, Gauteng MEC for Roads and Transport, Acting Executive Mayor of Nkangala District Municipality as well as the Mayor of Thembisile Hani District Municipality.