Road users on the Gauteng freeway network became eligible for a 60% reduction of their historic e-toll debt in arrears on 2 November 2015. This once-off discount applies to all unpaid e-tolls levied on GFIP roads from 3 December 2013 up to and including 31 August 2015

The new e-toll dispensation, announced by Deputy President Cyril Ramaphosa in May last year, was phased in and changes were made to the electronic systems to ensure a seamless transition, says SANRAL’s Head of Communications, Vusi Mona.

Among the changes that were already in place are a uniform rate per vehicle class (for example, 30 cents per kilometre for light vehicles) and a 50% reduction in the monthly maximum for registered account holders. 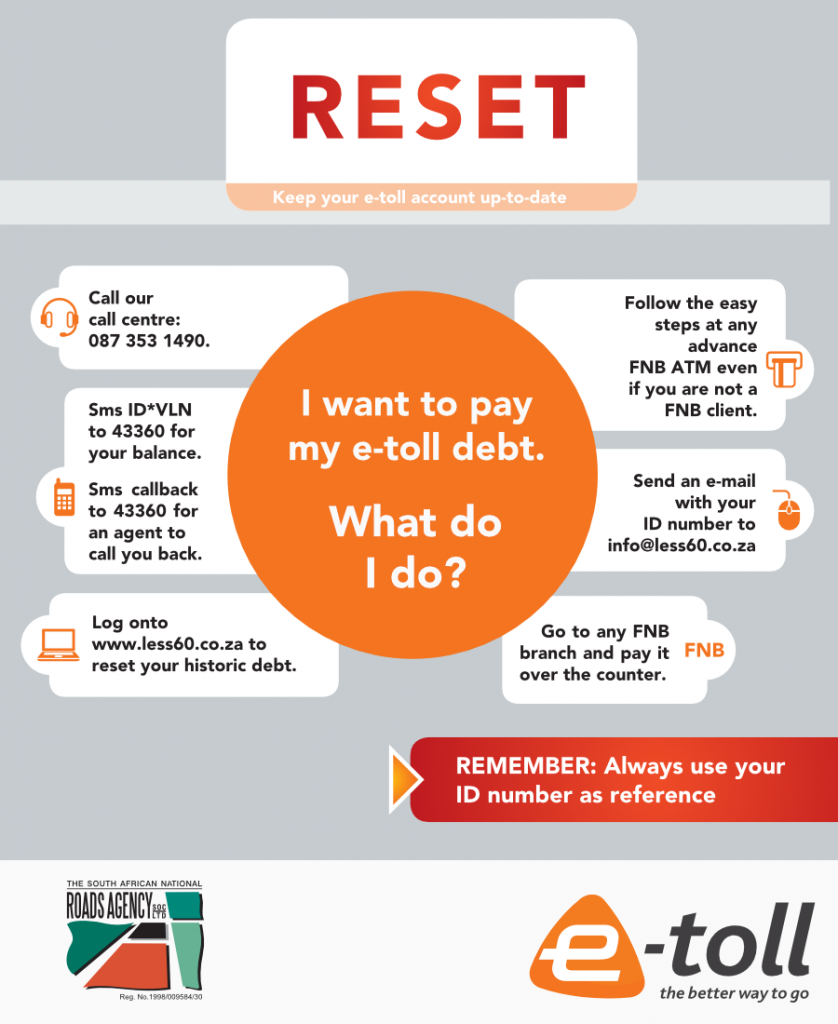 Road users with outstanding e-toll debt incurred from 3 December 2013 until 31 August 2015 now have six months to settle their accounts, or make payment arrangements.

“This is not an amnesty or a debt write-off,” says Mona.

“It is a special discount offered to road users in terms of the new dispensation.”

Detailed information on all payment options available can be found on the special website here.

Mona says the best option for road users is still to register for e-tags and bene t from the reduced tariff and a monthly maximum that has been cut in half from R450 per month to only R225 for light vehicles, since the beginning of July.

“Government has listened to concerns from Gauteng road users about the affordability of the e-toll fees and responded by reducing toll fees and making it easier for those who do not have an account with SANRAL to settle their debt.”