It is important to know how roads are financed in order make accurate decisions when choosing routes for traveling. South Africa has the tenth largest road network in the world – 750 000 kilometres! SANRAL is responsible for the national road network which is 21 403 km. Out of these, 18 283 km (85%) are non-toll roads and 3 120 (15%) are toll roads and insuring that these roads are well maintained is a challenge.

SANRAL receives funding from the National Fiscus for the maintenance of the national non-toll road network of 18 283 km, but it remains insufficient. The toll roads are self-funding through toll fees.

The South African road network (2014) indicates an estimate of R197 billion in current road backlogs, which requires R89 billion per annum to address the backlog and to sustain road networks. However, only R44 billion was spent on roads in the 2014/15 financial year across all government levels. The current allocation of R44 billion is only 49.4% of the total requirement of R89 billion. 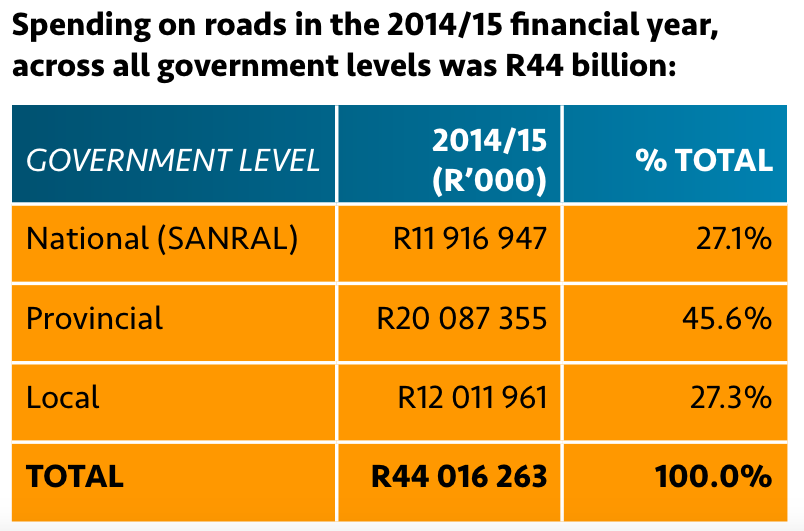 The total revenue collected from road users in 2014/15 is R53.2 billion. R46 billion of the revenue is generated from general fuel levy. A large portion of it benefits our primary sectors and the sharing of fuel levy revenue with metro municipalities, thus it is unviable for road development. The R7.2 billion revenue from vehicle license fees is seen as general provincial income and not paid across to the national treasury nor ring-fenced for roads.

R56.3 billion of the total expenditure was spent on transport and road development in 2014/15. SANRAL receives funding from the National Fiscus for maintenance of the non-tolled roads but it is far from the required levels. In 2014/15 the agency received R11.9 billion and in 2015/16 it will receive R12.5 billion.

As a result of the ceiling on consolidated expenditure introduced by the National Treasury, SANRAL has the following options for funding expansion projects:

Reprioritise existing non-toll allocations over a 10-year period from maintaining low congestion roads. This will result in delaying maintenance on an old road network.

The national road network deteriorated from 11% of poor and very poor roads in 2014 and if continued, will deteriorate by 47% of the network in poor or very poor condition by 2024. This approach will be disastrous, as without maintenance these roads will deteriorate rapidly with the a negative impact on the economy and road safety. As a result it cannot be endorsed. 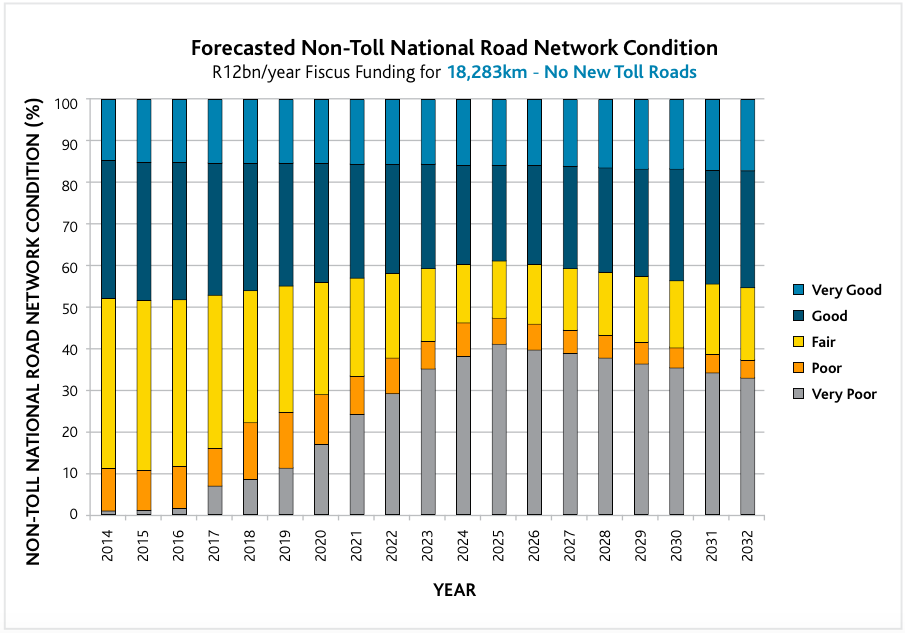 Not to implement expansions projects at all. This will have a negative impact economically and socially and as such, deficient transport systems in quality, capacity and reliability have an economic cost such as reduced or missed opportunities.

Mobility is one of the most fundamental and important characteristics of economic activity.
The result of doing nothing will be congestion. The social impact of congestion means commuters spending long hours on the road away from their families and moreover, congestion has a negative effect on the environment.

SANRAL is to implement some of these projects using direct user charging, i.e. tolls 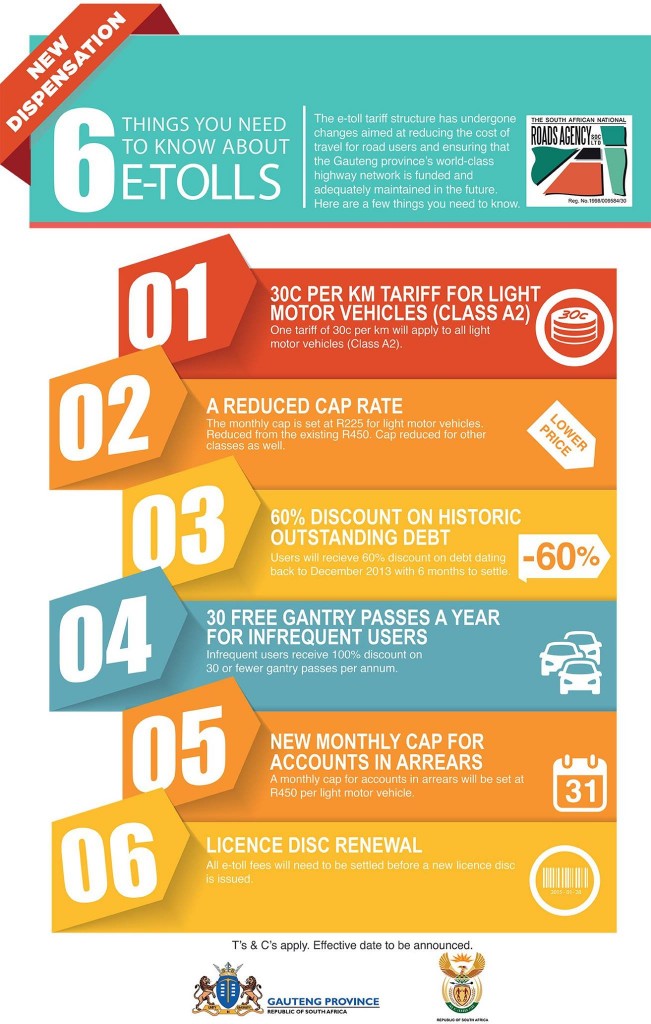