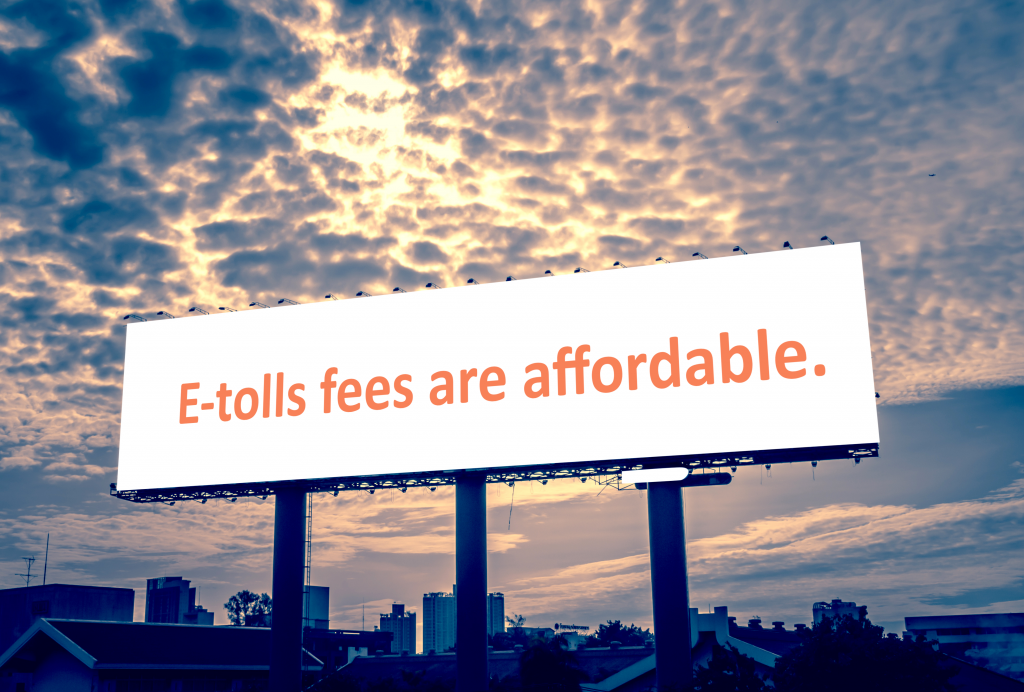 Perceptions that e-tolls are still unaffordable even though there is a new dispensation which substantially lowered toll fees, are not based on facts, says the communications manager for the South African National Roads Agency SOC Pty Ltd (SANRAL) Vusi Mona. Eight out of ten private vehicle owners in Gauteng will pay less than R100 a month to travel on the Gauteng e-road users, if they make a payment within the grace period.

“Most citizens acknowledge the fact that users must pay for world-class infrastructure such as the Gauteng Freeway network. However, they are concerned that e-tolls will add a significant burden to their monthly expenses at a time when the cost of living is going up.

“This perception is wrong. No owner of a light motor vehicle will pay more than R236 per month, if paid within the grace period and present road use patterns show that 78% will pay less than R100 – and, of these, 44% will have regular bills smaller than R25.”

The new dispensation announced last year brought relief for middle-and working class families who travel on the Gauteng network connecting the major provincial cities. This was preceded by a report from a high level Advisory Panel, appointed by Gauteng Premier, David Makhura, to study the socio-economic impact of the Gauteng Freeway Improvement Project.

In its report the Panel found that the benefits of improved road infrastructure “unequivocally outweigh the costs of paying for it,” but also recommended that “mechanisms be found to mitigate the high costs for households with pressure on disposable income.”

This objective was achieved with the introduction of the new dispensation and the special discounts for defaulters, says Mona.

The Panel’s report indicated that the percentage of total financing burden on low-income people is only 0.4 percent. This contradicts the view that e-tolling imposes “a disproportionate burden on the poor”, said Mona.

He says two factors should influence Gauteng road users to reconsider their initial resistance to e-tolling and switch to e-tags and/or registration for their vehicles:

“The legality of the system is no longer in question since precedent-setting judgements by the Constitutional Court and the Gauteng High Court in 2014,” says Mona. “But many people thought they will hold back on payment because they doubted SANRAL’s determination to take legal steps against defaulters.”

“Most road users are law-abiding citizens and support the user-pay principle for infrastructure as recommended in the National Development Plan,” says Mona. “Now that there is legal certainty and awareness about SANRAL’s determination to enforce the law, we are confident that a growing number of vehicle owners will switch to e-tags and/or register as a trouble-free and affordable option.”