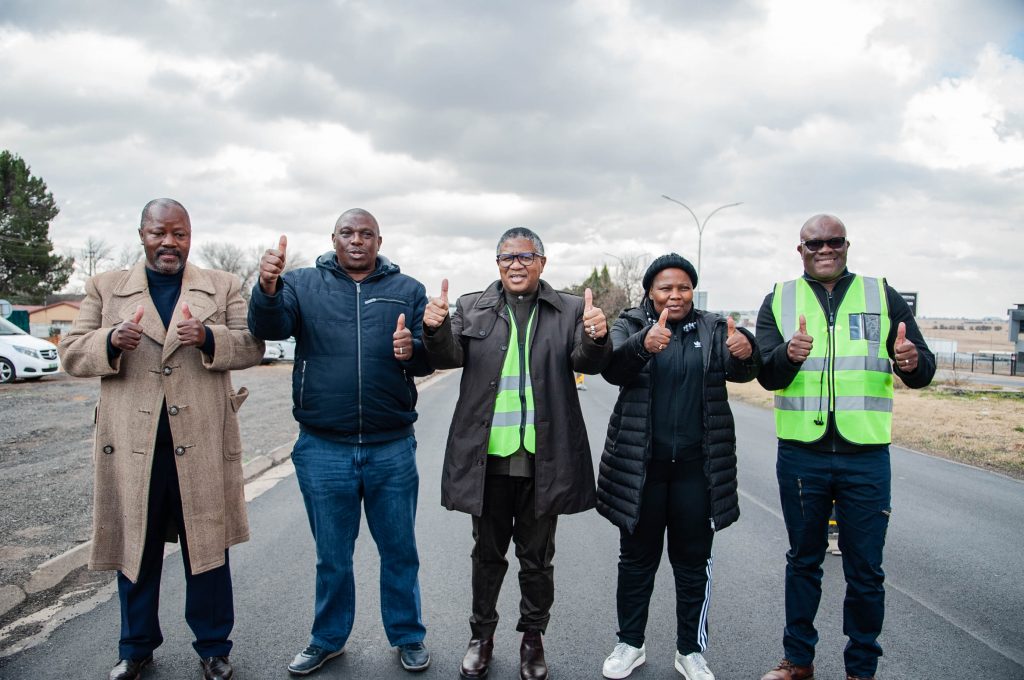 Pretoria, 24 June 2022: The Minister of Transport Fikile Mbalula yesterday visited the N12 national road in the North West province. His visit was to conduct an inspection on the progress made to date following the commitment made during the Presidential Imbizo held in Mafikeng recently.

The N12 transverses three towns, including Potchefstroom, Klerksdorp and Wolmaransstad, under the Dr Kenneth Kaunda District Municipality. The road referred to as ‘The treasure Route’ also connects to Gauteng, the Northern Cape and, ultimately, to Cape Town in the Western Cape. Some sections of the road which were previously under the jurisdiction of the province and various municipalities were transferred to the South African National Roads.

Agency SOC Limited (SANRAL) for repairs. Minister Mbalula started his inspection in Potchefstroom where he was welcomed by the MEC Public Works and Roads Oageng Molapisi, the mayors of the various municipalities, SANRAL board Chair Themba Mhambi, SANRAL Acting CEO Lehlohonolo Memeza, SANRAL project managers responsible for the project, and the appointed contractors on the project.

“I’m happy with what I have seen. This tells a story of what we want to achieve,” he said. The Minister also used the opportunity to announce that a campaign to fix potholes throughout the country – to be led by the SANRAL – will be launched next month. “His Excellency President Cyril Ramaphosa entrusted me with a mandate to take over the fixing of potholes throughout the country. So, by July we will be launching a national campaign to start fixing potholes,” he added.

Minister Mbalula said he is hard at work to make final inputs to submit the plan to National Treasury to use allocated budget to address the issue of potholes.