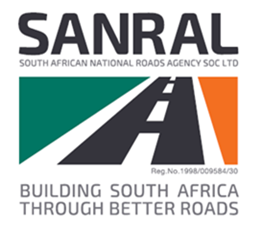 THE UPGRADING OF N2 FROM KWAMASHU INTERCHANGE TO UMDLOTI RIVER BRIDGE

Durban 29 July 2022 – Traffic on the National Route 2 (N2) will be disrupted between the KwaMashu Interchange and Umdloti Bridge over the next two months as concrete barriers are brought in and placed alongside the median to protect workers constructing a median barrier wall and additional lanes, the South African National Roads Agency SOC Limited (SANRAL) has announced.

Only night-time work will be carried out from Monday 25 to Wednesday 27 August and only during off-peak hours on the southbound carriageway to the north of the Mount Edgecombe Interchange.

“From Tuesday 2 to Saturday 6 August, daytime work, between 9:00 am and 3:00 pm, will comprise the offloading and stacking of barriers alongside the median on the northbound carriageway, starting more-or-less from the Umhlanga off-ramp, heading north towards the King Shaka Airport. This may create some congestion and motorists are warned to allow extra time to get through,” said Zumani.

Night-time work will comprise the moving of the concrete barriers into their final position on the northbound carriageway, starting from approximately a kilometre north of the KwaMashu Interchange. At the same time, work will be carried out on narrowing the lanes on the southbound carriageway, from the Mount Edgecombe Interchange bridge as far as the ramps onto the N2. No major disruption is anticipated.

From Monday 15 until Saturday 20 August, offloading and stacking of barriers on the northbound carriageway will continue during the day, north of the King Shaka off-ramp.
Night-time work will comprise the re-marking of the lanes on the southbound carriageway between the Umdloti and Mount Edgecombe Interchanges.

Key constraints include the following:

There are a number of alternate routes to be considered, including:

“SANRAL would like to apologise to the motoring public for any inconvenience caused during the road closure. We appeal to road users to plan their trips accordingly, especially when accessing travel hubs such as the airports. We further appeal to road users to adhere to the road signs and speed limit when approaching and travelling through the construction site,” said Zumani.