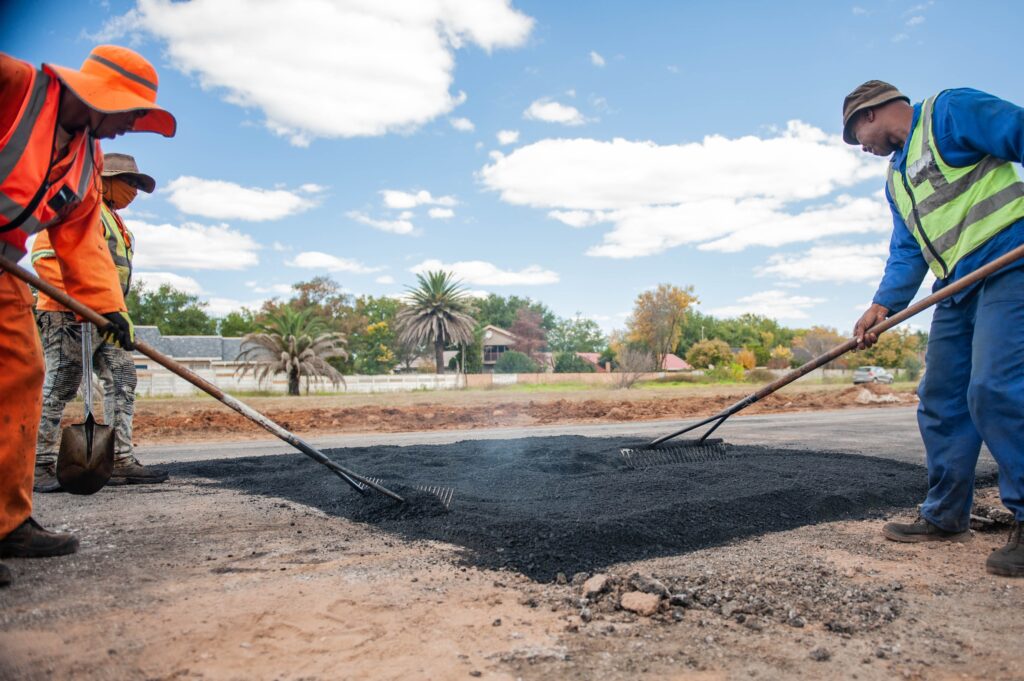 SANRAL starts with immediate repairs on N12 in the North West

Pretoria, 10 May 2022: The South African National Roads SOC Limited (SANRAL) has deployed construction teams to start with immediate work on the N12 national road in Potchefstroom, Klerksdorp and Wolmaransstad in the North West Province.

Earlier in March the Minister of Transport, Fikile Mbalula, required the roads agency to act rapidly to address the challenge of potholes and the parts of the N12 which are in an undesirable state and made travelling on the road a nightmare.

Progress Hlahla, SANRAL Northern Regional Manager, says the agency has deployed construction teams and specialists to attend to the matter as quickly as possible following the Minister’s call.

“Following the Minister’s call, we have mobilised a raid response team to deal with the identified issues on the network. We have also mobilised our Routine Road Maintenance (RRM) teams and the existing contractors in the vicinity of the N12 to go and assist,” he said.

Although the identified parts of the network fall under the jurisdiction of the North West provincial government, SANRAL was appointed as an agent for it to carry out the required repair work. SANRAL embraced this role since it has an even greater mandate and responsibility to deliver quality roads for the benefit of all citizens and to promote the free and safe movement of goods and people.

Hlahla said once the work has been completed, the pothole challenges will be gone and the challenge of drainage will be addressed, leaving a much newer, safer road which the citizens can enjoy and be proud of.

“We are an agency at work for our people and we will continue to update the public on further developments and progress of the projects. Ours is a greater task of delivering a good quality road network system and we look forward to partnering with South Africans to achieve this for the foreseeable future,” said Hlahla.