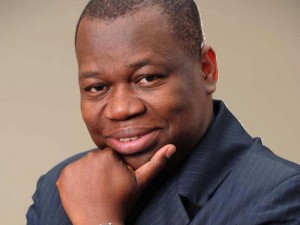 The recent concern expressed by President Jacob Zuma regarding the e-tolling system made constructive contributions to the public debate.

It also enables SANRAL to address some of the positive issues around e-tolling which often get lost in the media and public frenzy about the teething problems we are experiencing.

President Zuma, quite correctly, said that problems in the billing system should be fixed. This has been seized upon by SANRAL’s critics and their uncritical supporters in certain media as if the President expressed reservations about the principle of e-tolling in Gauteng.

This is obviously not true.

The President and Cabinet have been among the most consistent supporters of e-tolling and the system was introduced under their leadership and in terms of their decisions.

What is conveniently forgotten about President Zuma’s interview with the SABC was his broader reference to e-tolling as “… an efficient system.”

Indeed, it is intended as an efficient system, introduced on one of the most efficient highway systems in the world – the Gauteng Freeway network. And since the start of e-tolling in December 2013, SANRAL – with its contractor Electronic Toll Collection (ETC) – is ensuring that the billing system gets progressively more efficient every week.

SANRAL never claimed that the system would be faultless right from the start. It is not realistic to expect that an information technology project of this magnitude will not experience hiccups – especially in the early stages.

The world’s most sophisticated technology leader, the USA, introduced a new healthcare system – better known as “Obamacare” – in exactly the same week in which e-tolling went live in Gauteng. It is public knowledge that the online registration system for Obamacare experienced severe difficulties right from the start.

Some of the technical issues have not yet been resolved two months down the line – providing on-going fodder for political opponents, media critics and late-night comedians.

The reality is that a number of issues come with the territory of any new system of this magnitude. In the case of e-tolling, there are already more close to 1 million registered users who have provided SANRAL with their billing details and requisite information.

The system processes approximately 2.5 million transactions every day. OUTA recently claimed that it has received 900 complaints and the Democratic Alliance referred to 300 people who contacted its public representatives.

One thousand two hundred complaints in a system which handles more than more than 13 million transactions a week can hardly be called a “crisis.” Also, from the 1 million registered users, complaints we have to date received constitute 0.3 percent and of those only 10 percent were found to be valid.

However, SANRAL together with ETC takes every complaint seriously and has undertaken to resolve every issues raised by road users. This is at the core of our undertaking and response to the President to provide the users of our roads with a quality experience.

An analysis of the complaints indicate that a good number of them emanate from inaccurate data on the national traffic information system. As a result, bills are sent are being sent to wrong people. SANRAL and the traffic authorities will soon be engaging in an exercise meant to improve the integrity of the data stored on the national traffic information system.

Some of the complaints relate to users, especially the unregistered ones, not understanding the different tariff categories. If a user does not pay within the 7 days grace period from date of first gantry pass, they get transferred to the Violation Processing Centre (VPC) which attracts a tariff three times higher than the standard tariff. There is a lot of aggravation coming from users who have received notification about having been transferred to the VPC.

The challenges that are there are significant to us – no single complaint is regarded as inconsequential – but not insurmountable. However, to characterise them as a crisis or a mess is a bit on the hyperbole.

*Vusi Mona is head of communications at SANRAL